Due to climate change, Arctic river icings are disappearing over a month earlier than they did 15 years ago. This according to a new study co-authored by EES Assistant Professor and Hydrologist Jay Zarnetske.

Throughout the winter, rivers form these ice features until the river valley is chocked with ice. Some of these formations have grown to more than 4 square miles in area – roughly three times the size of New York’s Central Park – and can be more than 33 feet thick.
In the past, they’ve melted out around mid-July, on average. But the study, published in Geophysical Research Letters, shows most disappeared 26 days earlier in 2015 than they did in 2000, melting around mid-June.

“While glaciers tell us about climate in the mountains and sea ice tells us about sea-atmosphere interactions, the processes that control river icing may offer great insight into how groundwater and surface waters are connected in the Arctic, and how our headwaters will be connected to the ocean in the future,” said Zarnetske, “This is another ‘canary in the coal mine’ signal that we can see from space about how the Arctic is rapidly responding to global warming.”

Scientists have studied the effects of climate change on other types of Arctic ice like glaciers and sea ice, but until now no study has systematically looked at whether river icings are changing in response to a warming climate, according to the authors.

“This is the first clear evidence that this important component of Arctic river systems – which we didn’t know was changing – is changing and it’s changing rapidly,” said Tamlin Pavelsky, University of North Carolina hydrologist and lead

River icings are found all over the Arctic and create wide channels that are important habitats for animals and fish. They hold so much water that when they melt in summer, they keep rivers flowing that might otherwise dry up, providing important freshwater habitat for fish and other animals, he said.

“What really sets this apart is that, while it’s not as charismatic as glaciers or sea ice is, it’s the fact that where this is located has a disproportionate effect on river ecosystems, terrestrial ecosystems, and water resources in the Arctic,” according to Zarnetske. 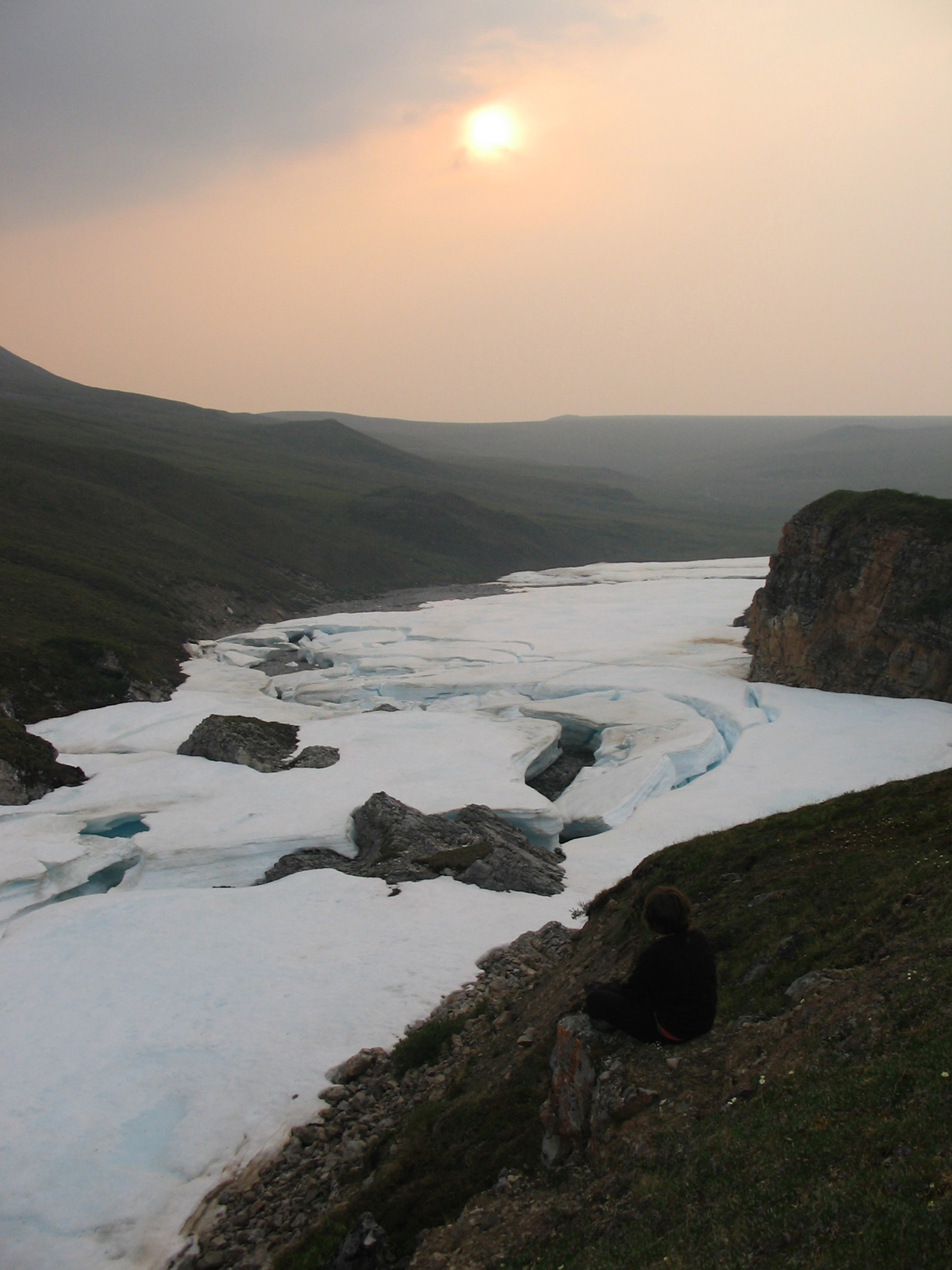 Zarnetske was in Alaska for other research when he first noticed these features. “I went up there to do other work and then I heard people talking about these cool things. I went for a hike on one of them, and thought it was one of the coolest experiences of my entire life. That got me thinking what the hell are these things? Why are they here?”

Meanwhile, Pavelsky noticed these features during a flight to Northern Alaska for a canoe trip. The pilot of the small plane, who had flown in the area for more than 30 years, said he noticed river icings were melting earlier in the season and the timing was becoming more unpredictable. River icings pack down the gravel on riverbeds and pilots use them as makeshift runways.

Zarnetske sought out Pavelsky and the two agreed on their interest in the project. Utilizing Pavelsky’s expertise in remote sensing, the two scientist got to work using data from the moderate-resolution imaging spectroradiometer aboard the NASA Terra satellite, which takes daily images of Earth. Pavelsky and Zarnetske then analyzed daily MODIS images of the U.S. and Canadian Arctic from 2000 to 2015, wondering if they could see evidence of changes to the ice that Pavelsky’s pilot had described.

They could. Pavelsky and Zarnetske detected 147 river icings using the MODIS data and found that of those, 84 are either becoming smaller or disappearing earlier in the season. The rest were unchanged. None of the river icings they analyzed grew or persisted later in the season.

Follow this link to see a short video on their research.